Each year, the conference brings you dozens of unique lectures, panels, demos, and lecmos. It’s filled with old and new friends, and offers a number of special events for added fun! You can network and gather information from vendors, schools, and some of the best public access studios in the world.

Don’t just experience the conference – become part of it! 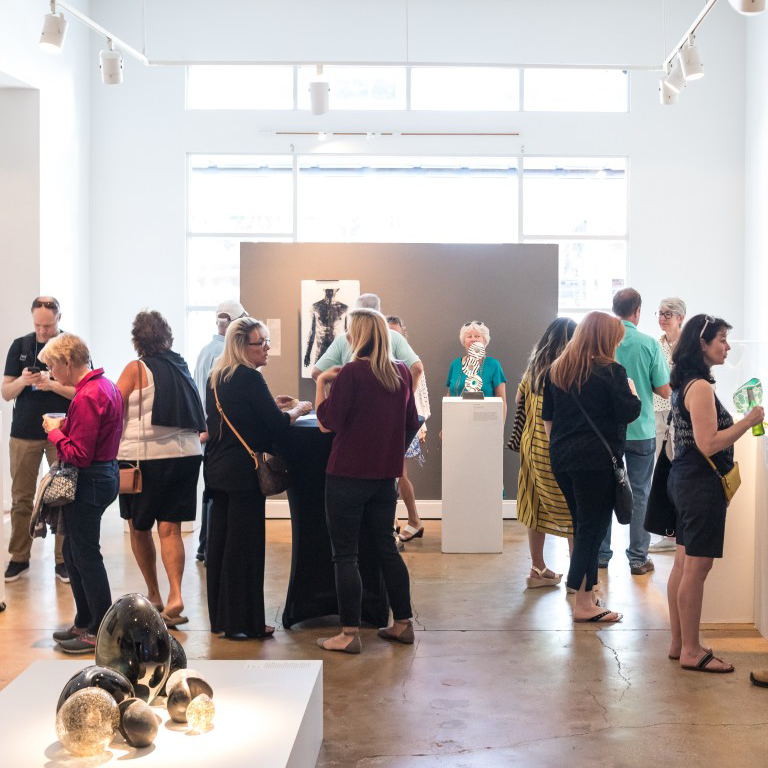 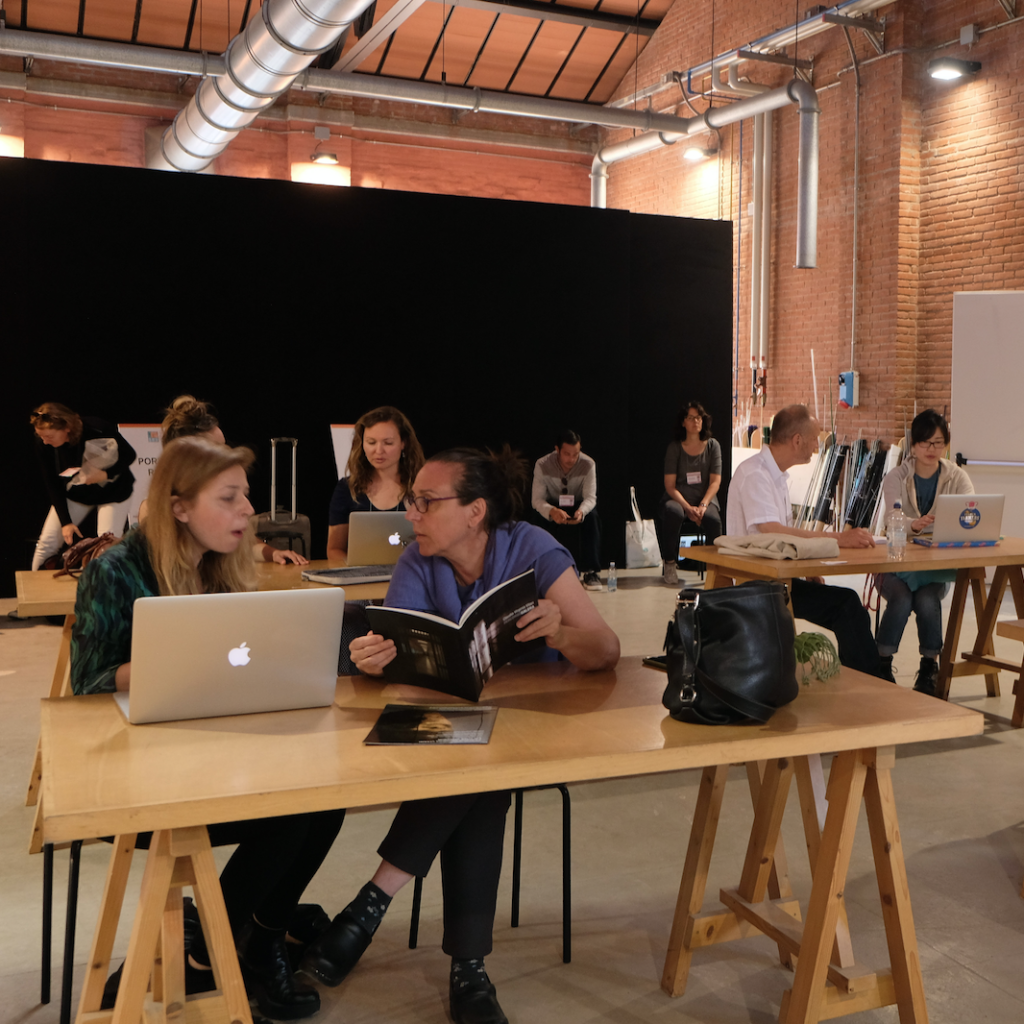 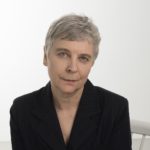 Swedish artist and designer Ann Wåhlström has a background both as a glassblower and a designer. She studied glassblowing at the Glass School in Orrefors and in the United States, where she early came in contact with the studio glass at the Pilchuck School. Combining the traditional training in Sweden and the experimental approach to glass in the US gave her the best of two worlds! Later she attended the Konstfack School of Art and Design in Stockholm and Rhode Island School of Design in Providence, United States. In the early years Ann Wåhlström created her designs on the blowpipe and her first solo exhibition was in 1985 at Gallery Nilsson/New Glass in New York, where she was “discovered” by Kosta Boda. This was the start of a 20-year collaboration with the Swedish glassworks group, for which she designed both series for the production and objects for exhibitions. She has won the Excellent Swedish Design Award on several occasions and is represented in Swedish and International Museums.

Ann Wåhlström is based in Stockholm where she combines artistic work in glass with freelance design. Since 2005 she has created her unique glass objects in collaboration with glassblowers in Sweden, Czech Republic and USA.

“My ideas are first formed on paper and when the collaboration with the glassblowers and craftsmen takes place it all comes alive and the energy is fantastic!” 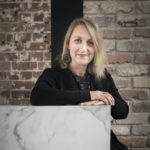 Anna Grigson is the DIRECTOR, SABBIA GALLERY SYDNEY. With a career spanning thirty-five years Anna Grigson has been a long-standing advocate for the representation and promotion of some of Australia’s premier artists. Her experience crosses many contemporary art mediums, including Asian art, ceramics, glass, Australian Indigenous art, jewellery, painting, printmaking, sculpture and textiles. After working with some of the finest public and commercial galleries in Sydney, Anna’s focus shifted to specialising in contemporary studio glass and ceramics with Sabbia Gallery being established in 2005. Under Anna’s guidance and commitment, the gallery has developed an international reputation as the premier Australian gallery for these innovative art mediums. It has become one of Sydney’s most prominent commercial exhibition spaces representing the finest contemporary artists working in glass and ceramics.

Sabbia has established an important stable of artists over its time. Anna’s work with ceramics has expanded with the inclusion of Indigenous artists from remote Australia. Sabbia Gallery has been working with artists from Ernabella Arts in the APY Lands, Erub Arts in the Torres Strait, Girringun in North Queensland, Hermannsburg Potters in the Central Desert and Tiwi

on Bathurst Island. Anna is also an approved valuer for the Australian Federal Government’s 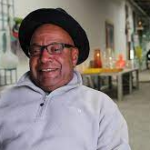 Born in Winter Haven, Florida in 1953, Therman Statom spent his adolescence in Washington, D.C. His interest in the arts grew from a fondness of painting and he began to investigate ceramics at RISD. However, after an experimental glass blowing session with Dale Chihuly, he was soon hooked on the spontaneity of glass blowing and its limitless possibilities. Statom went on to pursue studies at Pilchuck Glass School during its inaugural year, completing a BFA in 1974 from RISD, and later studied at the Pratt Institute of Art & Design.

Throughout his career, public artworks have been permanently installed at prominent locations including the Los Angeles Public Library, Corning, Inc. Headquarters, the Mayo Clinic, San Jose Ice Center, the Toledo Museum of Art, and the Jepson Center for the Arts in the Telfair Museum, Savannah as well as several hospitals across the country.

Over the span of his career, he has completed over thirty large, site-specific installations. Most notably in recent years, his 2009 solo exhibition “Stories of the New World,” at the Orlando Museum of Art, which spanned over 5,000 square feet, has been his largest installation to date.

Much of the latter half of Statom’s career has been focused on the importance of educational programming within the arts. He has taken a deep interest in employing workshops as a catalyst for social change and in effect, positively impacting a community. Working directly with the artist himself, adults and children alike share a combined experience of exploring art making via a hands-on experience. 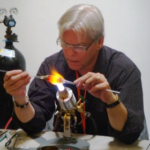 Shane Fero, born in Chicago, IL, in 1953, has been a flameworker for 50 years. He maintains a studio next to Penland School of Craft, in North Carolina. He participates in international symposia and conferences by lecturing and demonstrating. Fero is also an educator and has taught at institutions such as Penland School of Craft, Urban Glass, Pratt Fine Arts Center, The Studio of the Corning Museum of Glass, University of Michigan, Eugene Glass School, Espace Verre, Pittsburgh Glass Center, Pilchuck Glass School, Bild-Werk, the International Glass Festival, Scuola Bubacco, Chameleon Studio, and the Niijima Glass Art Center.

His work can be found in collections both private and public institutions worldwide. He has had over 33 solo exhibitions since 1992 and has participated in over 400 group exhibitions during his career. He has been honored with three retrospectives; a 30 year at the Berkowitz Gallery at the University of Michigan in 1999, a 40 year at the Huntsville Museum of Art in 2008 and at the Christian Brothers University in 2010.

He is the Past President of the Board of Directors of the Glass Art Society and received the Lifetime Membership Award from GAS in Chicago in 2014, honored in 2009 for Extraordinary Contribution to the Glass Art World, Salem Community College, Carney’s Point, NJ and Award for Significant Contributions to the Chinese Glass Community from the Hejian Government, Hejian, China in 2017.

Sung-Won Park has degrees from Kookmin University in metal craft, the West Surrey College of Art & Design in glass, and the Royal College of Art in ceramics & glass. After returning to Korea from England, he has dedicated much of his career to elevating and expanding contemporary Korean glass art. He is currently a professor in the Department of Fine Art at Korea National University of Arts in Seoul, Korea.

Park has had solo exhibitions in the United States, England, and Korea, and his work has been included in more than 20 group exhibitions around the world. His work is also part of public collections at the Seoul Museum of Art, Gallery Sklo, Berengo Glass Museum, and Alexandra Karram Interiors, Inc. 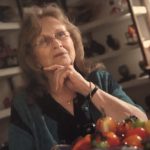 Audrey Handler, born in Philadelphia, received a City of Philadelphia College Art Scholarship and attended Temple University, School of Fine Art.  She moved to Boston, and graduated from Boston University, School of Fine and Applied Art, for her BFA.  Audrey settled in Madison, WI and entered the glass blowing program of Professor Harvey Littleton at the University of Wisconsin Art Department’s Glass Lab in 1965, where she received an MS, 1967 and MFA, 1970. In 1968, Handler lived in London as a Senior Research Fellow at the Royal College of Art.

Audrey served on the Board of Directors of the Glass Art Society 1976 to 1980 and received an Honorary Lifetime Member in 1994.  She has received two National Endowment for the Arts Master Craftsmen’s Awards, 1977 and 1981 and was a delegate at the World Craft Council in Vienna, Austria and Hokkaido, Japan. She received a Wisconsin Visual Art Lifetime Achievement Award in 2014. 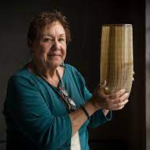 Jenni Kemarre Martiniello is an Australian Aboriginal (Arrernte) glass artist best known for making glass vessels inspired by woven forms traditionally made by indigenous peoples. She is also known for her advocacy for and support of indigenous artists.

Martiniello first began to work in the medium of glass in 2008 and applied for a grant to teach indigenous artists glassmaking through a series of workshops at Canberra Glassworks.

In 2011, Martiniello was an artist-in-residence at the Thomas Foundation. While there, she began experimenting with weaving patterns in glass. She took her inspiration from the Aboriginal tradition of weaving.

In 2013, Martiniello was awarded the National Aboriginal & Torres Strait Islander Art Award for her piece Golden Brown Reeds Fish Trap. The Australian award is the most prestigious prize for indigenous art. The piece was inspired by woven fish traps from northeast Arnhem Land and Cape York, and took a team of seven artists to make.

Other selected awards and honors include the Canberra Critics Circle Award for Visual Arts (2011, 2013), the Wollotuka Acquisitive Art Prize (University of Newcastle, 2012), the Aboriginal and Torres Strait Islander Arts Visual Arts Fellowship (2013-2015), and the Bay of Fires Art Prize (2016). 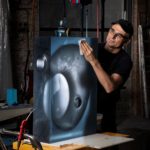 Richard Whiteley served as Associate Professor and the Head of the Glass Workshop within the School of Art & Design of the ANU for 17 years and since 2019 has been the Senior Programs Manager at The Studio, of the Corning Museum of Glass. He has presented numerous solo exhibitions over the past 25 years and his works are held in international collections, including: The National Gallery of Australia, The Toledo Museum of Art, The Corning Museum of Glass, The National Museum of Scotland, and The Shanghai Museum of Glass, which held his first museum exhibition in 2019. His studio work has also created opportunities for unique collaborations with other fields. He led a multidisciplinary research team at the Australian National University, which worked across the departments of Art, Classics, Physics & Engineering to establish new evidence on the forming processes for Roman cameo glass.

Whiteley has worked in glass since he was 16 when he commenced an apprenticeship in stained glass. He holds an undergraduate degree from The School of Art & Design at The Australian National University, and an MFA in Sculpture from the University of Illinois. 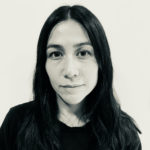 craft, installation, and drawing. She is a past resident of the Glass Studio at Harbourfront Centre as well as the Living Arts Centre. She was the recipient of the 2010 RBC Award for Glass and has exhibited both nationally and internationally. Her work is included in the collections of the Canadian Clay and Glass Gallery and the City of Lommel, Belgium. Rachael currently lives in Toronto, Canada. 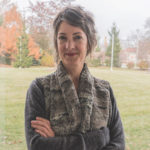 Her next major project is a monographic exhibition for Ohio-based contemporary ceramicist, Matt Wedel.

Wright has taught extensively on the history of glass and is a recognized scholar of the windows and mosaics of Louis Comfort Tiffany and his Studio. Her current research focuses on making connections between historic objects and contemporary makers working in craft-based mediums.  She has held positions at The Corning Museum of Glass, Pilchuck Glass School, and Yale University Art Gallery and received her MA in the History of Decorative Arts from Parsons the New School for Design. She is originally from Los Angeles.